This project is about a beginner non-programming project using conductive thread, LEDs and a small battery. This workshop was first carried out during the christmas period so the materials used reflect this. Education Resource 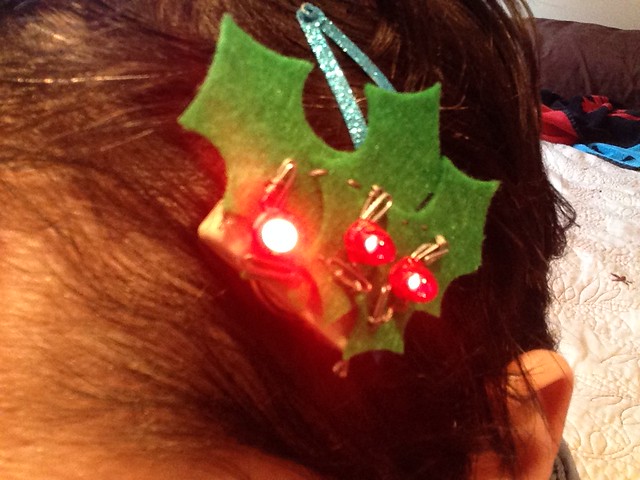 Task 1: What are you going to make?

Think about what materials you have to create this project.  The above image is a three red stars with 3 LEDs (also red) to be attached to a hair clip.  This could easily glued on to a card or add ribbon or tinsel for a tree decoration.

Design the circuit for your project.  Remember that the + (positive) thread cannot cross the – (negative) thread.  If you want to create a spiral or any other effect draw out the circuit first. This will then give you a guide for when you are using the thread. 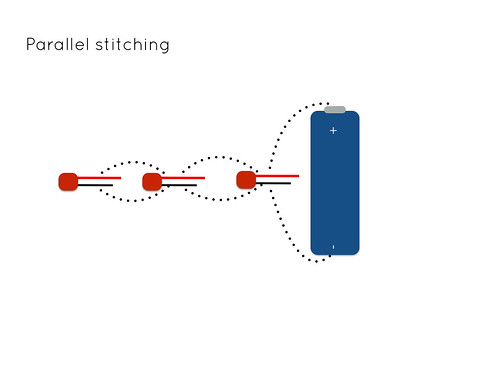 Bend the Positive leg of the LED known as the Anode into a loop.  This loop will form the stitching hole for the conductive thread.  This can be achieved without needle nose pliers as done in this project.  You will get a better finish by using needle nose pliers. 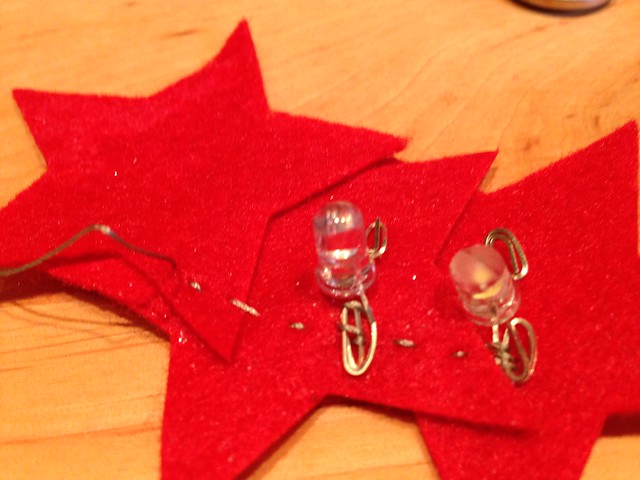 TIP: When bending the legs on the LEDs a good idea is to make different shapes for the positive and negative.  Circle for positive and square/ triangle for negative, then if you are unsure as to which is the anode and which the cathode you just have remember what shape you use for each. This is a little more difficult without using needle nose pliers. Maybe use a marker pen to note which is the positive. 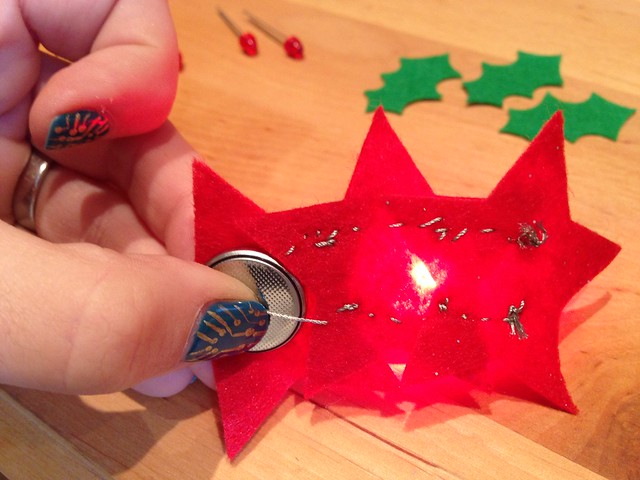 Before stitching the battery holder in place it is good idea to the test the circuit with the battery.  Ensure the flat side of the coincell battery connects to the positive thread of your circuit. 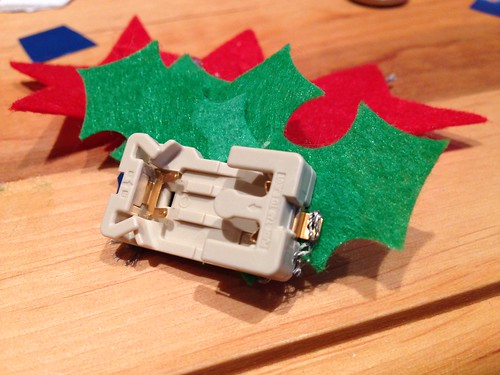