This is a simple project requiring no programming. Add some extra flair to your roller skates with a strip of LEDs, Glue and a A23 12v battery.

This project can be completed with or without programming. Light up with Gemma is a similar project to this that requires programming. I used glitter glue but that is totally optional

Measure the LED to fit the skates that you are using for this project.  You may have a gap or overlap depending on the ‘cut’ strip length on the LED strip. Your LED strip may not have connector cables attached to the strip.  To be able to power the cable you will need to remove the outer waterproof silicon casing from the strip.  Use a craft knife to remove this.  This is TRICKY so be careful not to cut through the strip itself.  See the image below showing the exposed section.  Complete this before adding to the skate. It is a bit difficult to remove this when it is on the skate. (I did this on my first attempt!) TAKE your time with this step. 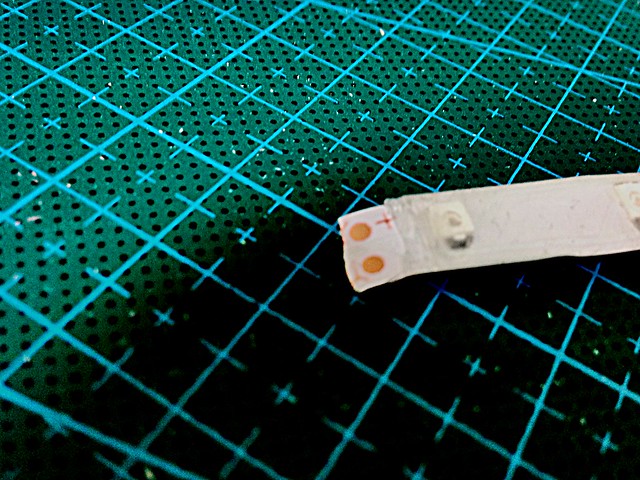 Attached the LED strip to your skate boot. Decide where you want the battery to be place and ensure that there is enough space and length on the power cables to succesfully attach the LED strip around the boot. For this example the connection on on the inside of the foot as the battery is being placed underneath the boot.

I used a hot glue gun to hold the connections in place instead of soldering. One skates had power & ground wires already solder so I wire stripped the end of the wires. I then twisted together the ends of the wires from the LED strip to the battery holder. 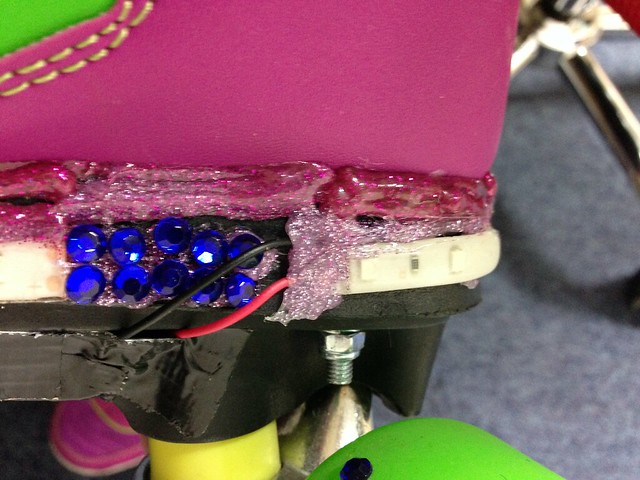 The battery holder is placed underneath the skate.  Check the length of your wires to ensure that wires aren’t trailing below. Glue the holder in place and tape over the power and ground wire to ensure a flush finish and protect the wires from being knocked/moved. As you can see from the image below the battery holder is open and does not have a switch on it. I would recommend using an enclosed battery holder with an on/off switch for longevity of the battery.

Power up and GO!